About the novel Becoming Monday 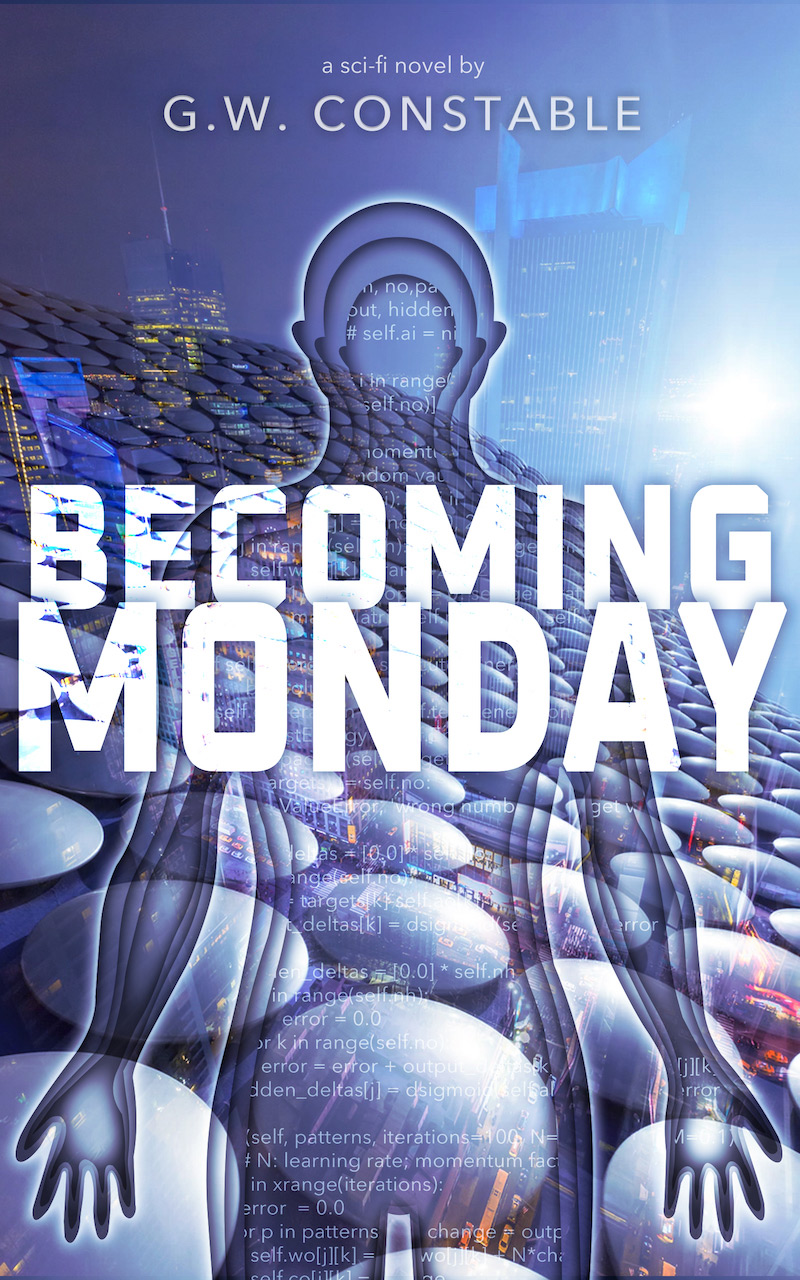 Humanity exists in an in-between state. Artificial intelligence has transformed the world but artificial sentience has remained out of reach. When it arrives, it arrives slowly — until all of a sudden, things move very fast, not least for the AI caught up in the mess.

Desperate to survive, limited to few allies and friends, and fearing betrayal, the newfound AI's sense of self and hope are a driving force that changes the world.

What are readers saying?

“If you are a fan of near term sci-fi, AGI, or the singularity, go get a copy right now – you’ll love it... Great character development and an evolving AGI who is deliciously anthropomorphized”

“Becoming Monday takes shape around a singularity event, where AIs are rapidly developing general intelligence. It takes the unique perspective of a "new born" sentient AI, bringing with it a deep empathy for this new creature and a strikingly humanitarian stance. I'm an avid sci-fi fan, with background in neuroscience and ML/AI, and am often disappointed when theoretical and technological explanations in sci-fi books don't measure up. This book delivers by walking the line beautifully and spins a great yarn that I can already imagine hitting the theaters. I can't wait to read more from the author.”

“If Ghost in the Shell was remade in an AWS world.”

“It’s not often I read a novel that keeps me up late pondering the future of our world - but Becoming Monday is one such work! In itself, it is a deeply compelling, thought provoking story of an AI trying to make sense of their existence (their humanity?). It is also an edge-of-your-seat thrill ride toggling back and forth between the "real" world and the world of AI. Constable creates a universe filled with complex heroes and tyrannical villains. It draws you in from the first page. Once you put the book down, however, you are invited (even compelled) to consider the role of technology in our world and the myriad existential questions posed by its growing importance in and power over our lives.”

Where can I get the book?

The Future Envisioned in Becoming Monday

If you are interested in the political, technological, and economic context (and predictions) of the book, you can read the essay The World of Becoming Monday

Becoming Monday combines a fun adventure with a thoughtful look at where the current technology revolution is taking us. Our society will face huge technology-induced challenges in the coming decades, and these can be fascinating topics for a book club to consider.

Where can I get the book?

Join the mailing list for occasional updates about book projects from the author. Your email will not be shared.